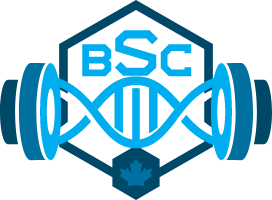 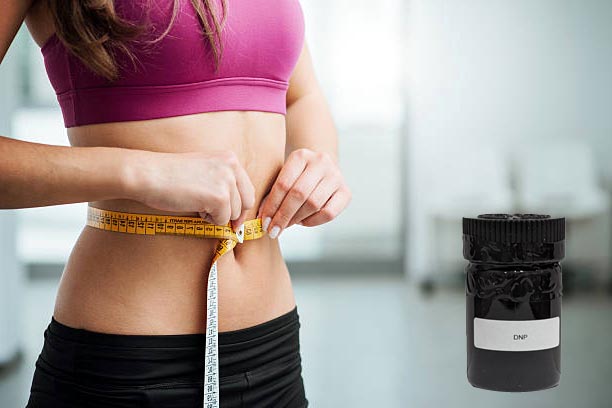 Fat Loss Stack: We’ve all wanted to lose fat, and the thing we all end up doing is eating less and moving more. But is that really all that there is to it? We know that Ronnie didn’t get that shredded by just doing a bit more cardio. So, what gives? Well, in reality, there are various types of pathways/mechanisms we can harness to actually improve our fat loss efforts with. Some are harder than others, but for the most part, these are incredibly effective when used correctly.

What exactly is Fat Loss?

Fat loss as described by any medical or fitness professional is simply the liberation of fat from adipocytes into Free Fatty Acids which are then, by a long chain of events, used by the mitochondria for energy. Let’s go through that process:

This is where the beginning of the Citrate Cycle begins, Acetyl CoA is dissipated and CO2 and H2O are released, as well as energy captured in the form of ATP. This mechanism happens at ant time when the body is in a calorie deficit, but Beta Oxidation can happen in other periods as well – which we will get into in a bit.

For the most part, fat loss substances are going to try and increase your metabolism by increasing heart rate, etc, but there is another mechanism in which we can try and elicit fat loss that does not require raising metabolism at all. We simply have to shift the fuel source. If you constantly have glycogen in the arteries, the body will rather use that as fuel as opposed to FFA since it is a better source of fuel.

Sympathetic Beta Oxidation is the term used to describe someone whose body is in the “aroused” or “excited” state – this means high heart rate, high blood pressure, and also high glucose corticoids.

Glucose corticoids are secreted in response to any external stimulation causing the body to get excited, such as mental or physical stress. This is, of course, necessary for human survival, especially from an evolutionary standpoint. That being said, we run into a problem when the overarching goal is fat loss.

When someone is very stimulated via constant boosting their metabolism with fat burners etc, they are always in a sympathetic area. This means overstimulation of glucose corticoids, meaning the liver is being relieved of glucose, glycogen takeup by the muscle is inhibited, and generally, we see the human body use FFA less as fuel.

So, we need to limit the amount of time we are sympathetic, but make sure in that time we are going at it – hard. So, which particular PEDs can you use to drive up Sympathetic fat loss?

Literally known as a Beta-2 Agonist, meaning we’re going to see a lot more fat liberation, as Clen raises your Lipase levels a lot as well. Clen is also known to be extreme on your body in terms of stimulation. This will put you in a much greater Sympathetic position, which can liberate more Glycogen from the liver which, of course, is still calories.

The ideal time to take this would be before training and earlier rather than later in the day. By doing this, you’re allowing for more time spent in the ParaSympathetic fat loss zone.

Combinations of substances like these are incredibly common for a good reason. They have similar pathways that will really drive fat loss forward a lot during a more intense part of the day.

Caffeine is the most consumed stimulant on earth and is rather good at what it does. It’s cheap, it’s effective, and the side effects are rather subdued when compared to other types of stimulants. Albuterol Sulfate is very similar to Clenbuterol, seeing as it is a Beta-2 Agonist as well. This will increase heart rate, metabolism, and body temperature making it ideal for a fasted cardio or workout fat burner. Yohimbine is an Alpha-2 Antagonist, which inhibits the activation of the suppressive set of receptors and preserves Adenyl Cyclase. Adenyl Cyclase is then amplified by Beta-2 Receptors which in turn can increase cAMP. Higher cAMP levels can increase heart rate, cortisol secretion, and the breakdown of glycogen and fat.

You can also just take Pure Yohimbine if you have a sensitivity to stimulants.

Men/Women: 45-90 mg/pre-workout or as needed daily

Can be run 2-4 weeks on, followed by 1-2 weeks off to resensitize

Parasympathetic is literally the opposite of sympathetic. It describes being relaxed and having a low heart rate, low blood pressure, and as an extension, low glucose corticoids. This means that if we can efficiently liberate the FFA from adipocytes via diet or pharmacology, we can see a great amount of fat loss.

Ideally, you’d want to chill and keep a low state of stress to really drive home the Parasympathetic beta-oxidation, and there are a few substances you can use to help with this:

Human Growth Hormone (HGH) is a very popular, if not the most popular, peptide on the market today. With mechanisms that can increase FFA amount in the blood, can increase muscle hyperplasia, and can also increase recovery! The nice thing about HGH is the fact that it will release FFA from adipocytes without causing a spike in stress, etc, and therefore you can use those FFA as energy, and the glycogen in your body can remain within the muscle cells.

You could also use IBUTAMOREN (MK-677) as it is a Growth Hormone Secretagogue.

For optimal fat loss, should be taken fasted before morning cardio

So, we’ve discussed the two mechanisms of fat loss (which BTW both still require that you be in a calorie deficit), but what if you need to be shredded now? What if you like living on the edge and you know what you are doing, you can always try DNP (2,4-Dinitrophenol).

DNP is not for the inexperienced, and it is not to be toyed with. This is a product that is not meant for human consumption, and can (and will) be deadly if used incorrectly. That being said, this is as close to a “miracle pill” as you can get, as it could lead to 10 – 15lbs of fat loss per week.

DNP works within the ATP mechanisms of a cell and leads to an insane increase in metabolism and body temperature. This is a drug that should really not be taken lightly, as it can lead to severe side effects when used incorrectly.

Are these the only products you can use for Fat Loss? Of course not. We know that CYTOMEL (Liothyronine Sodium) or T3 can have a massive effect on your basal metabolic rate. We also know that products like FINAGEN (Trenbolone Acetate) and CARDARINE (GW501516) can have effects on the body that will result in being more shredded and leaner.

That being said, I firmly believe that a combination of 1-3 Sympathetic and 1-2 Parasympathetic fat loss agents could potentially give you the best fat loss you have ever experienced. Time your cardio and training (and sleep) accordingly, and you will see massive success in no time.

How to Construct a Cycle

What does it mean to be Strong?

Growth Hormone Protocol
Join the club
Join our Preferred Customer Club and Save 15% on Your First Order!